Here are two opposing views within an argument:

If you really don’t like your president and his style of leadership. Just say it. Like I would openly say I don’t like my president and his style of leadership here in Nigeria. If you believe a wall should be built between the U.S. and Mexico, then go ahead and say it, but don’t think you have beaten political correctness by blurting that out. I for one don’t think the wall should be built. I feel in no way restricted by political correctness; as I still still prefer Trump to be the president of the United State.

There’s something eerie about the Facebook world-view, which challenges us to live publicly out loud, to show ourselves globally and without filters, as we communicate in real-time our every thought and action, trivial or serious,spontaneous or well planned out.

Mark Zuckerberg, at a relatively young age, with his creation, has made a major suggestion that the world will be a better place if we live more open lives, if we have no fears about what is private and what is public about us. I believe he wants the world to be regarded as a small village where one little spark of love could turn out very intense.

But when you have a government that has also built a wild political system around this free gift called the internet, what are we then left with? This makes me pretty vexed. and yeah we would dabble into politics ones more. 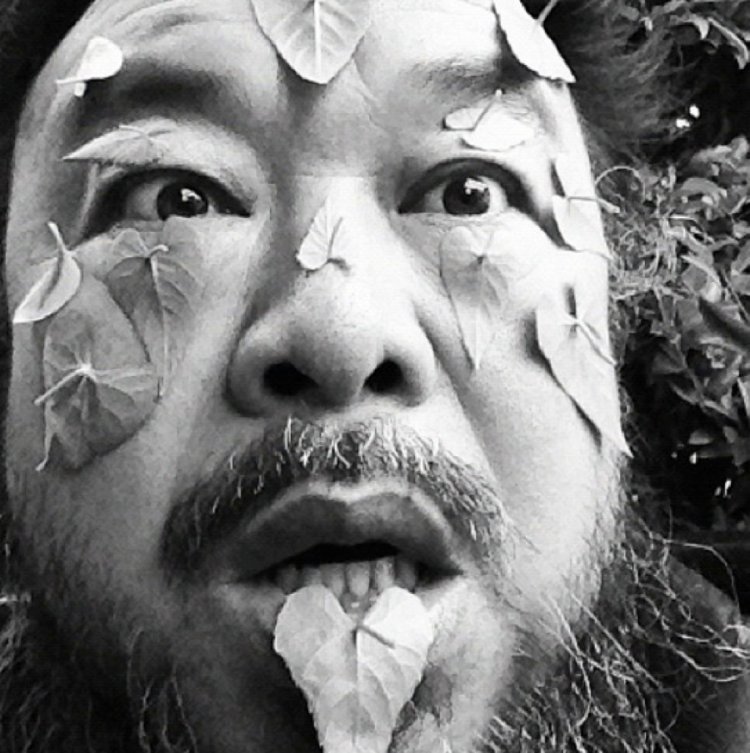 For 81 DAYS IN THE SPRING AND SUMMER OF 2010, Ai Weiwei was China’s most famous missing person. Detained in Beijing while attempting to catch a flight to Hong Kong on April 3 of 2010, Ai, an artistic consultant for the iconic Bird’s Nest national staduim, was held almost entirely incommunicado and interrogated some 50 times while friends and supporters around the world petitioned for his release. On Nov.1, Ai, who says the case against him is politically motivated, was hit with a $2.4 million bill for back taxes and penalties. Two weeks later, he paid a $1.3 million bond with loans from Chinese supporters who contributed online and in person and even tossed cash over the walls of his studio in northeast Beijing.

The son of a revolutionary poet, Ai, 54 at that point in time, has grown more outspoken in recent years, expressing his anger at abuses of power and organizing online campaigns, including a volunteer investigation into the deaths of children in schools that collapsed during the 2008 Sichuan earthquake. His detention came amid a broad crackdown on activists by the Chinese government meant to stamp out a call for Arab Spring-inspired pro-democracy protests as well as continuing unrest in the Tibetan regions, where 12 people did set themselves on fire to protest Chinese policies.

Ai Weiwei, who speaks excellent if not quite flawless English, sat down on Dec. 12 2011 with TIME’s Hannah Beech and Austin Ramzy-and a calico cat, one of nearly two dozen cats and dogs at his studio-to discuss his detention, the poetry of Twitter and whether China is immune to the global forces of protest and revolution.

Next week I would put the interview on a post to further define our take/stand on #THEDISSIDENT. We aren’t preaching “negative activism” but educating, enlighten and speak truths we see and are part of.

Now consider the underlying question: Are these two viewpoints (at beginning of the post) in fact diametrically opposed? Is someone a hypocrite if in public he speaks politely and without offensive language, yet out of the public eye makes racist slurs among friendlies? Or is that individual living more candidly by saying whatever is on his mind via ‘skill’ of consciousness as long as his expressions align with his actual belief sets?

Said another way; if someone isn’t particularly sympathetic to embracing social diversity, are we as a society better off with that potentially upsetting speech articulated or kept silent? Those trying to stomp out political correctness might suggest we all are better off saying whatever is on our minds, but I am going to suggest that this has nothing whatsoever to do with political correctness. Bigotry is bigotry. Political correctness does not ensure civility when it is unwillingly imposed; it simply masks a dangerous expression from public view in the name of conflict avoidance.

Perhaps we might be missing something at this point yeah.. why is political correctness challenged in the first place. Being politically incorrect and saying whatever flows from your lips no matter how hurtful it might be are not the same thing, not even close. It is critical that we put in context where the modern politically incorrect movement began

There was a time in this “nation” (Nigeria), largely the second half of the 19th century (a period I started becoming political sensitive), even though it was not completely brave to say the unsayable because someone was trying to encourage hate, not justify it.

“Every group every system has a set of values and morals, and when you get outside those, then the alarms ring. I was politically incorrect to 95% of the country; luckily my 5% had the bread to come see me.”

“Freedom of speech is a two-way street, man. You have a right to say whatever you want and the Boss has a right to tell people to arrest you.”

Compare that to the recent words of Presidential candidate

“I don’t frankly have time for political correctness. And to be honest with you, this country doesn’t have time either. This country is in big trouble. We don’t win anymore. We lose to China. We lose to Mexico, both in trade and at the border. We lose to everybody.”

And more recently from Trump:

This year is the 50th anniversary of the death of Lenny Bruce. Let’s keep his torch burning brightly by proving we know the difference between stepping beyond the bounds of political correctness to make a point and blathering on insensitively about how we wish we could say what was on our mind but somehow feel repressed. If you have something to say, say it, then stand by it. If it makes the world a better place, you’ll have said the right thing no matter whom you may offend in the short-term. I’m guessing if what you have to say really matters, it won’t be offensive in the least.

Politically Incorrect is Harder Than You Think But then again, if what you say really matters, it shouldn’t offend anyone.

WRITTEN AND EDITED BY CHARLES OKPERE

…with that said. I present to you fam, THE DESSIDENT! A one week show;

#TheDissident is no “negative activism”… We are just a group of individuals from #OkpereCircle lighting up the blogospere with ‘hard-earned opinions, more like “beliefs”; a picture of our present self that has formed motifs to speaking against the “normal” that has being imposed on us…

….up next #TheDissident {THE INTERVIEW}

All things health and lifestyle 🌹

Stories destined to help us wake up to the greatness within...

Discovering Life In My Thirties

When my pen goes scribbling, I feel like living twice!

Ephesians 1:7 In Him we have redemption through His blood, the forgiveness of our trespasses, according to the riches of His grace.